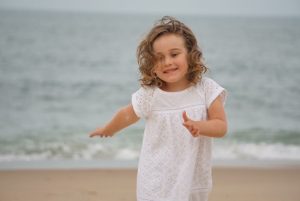 Madelyn is a 5, almost 6 year old, sister to her two younger brothers who she adores. She is enthusiastic and enjoys everything she tries, from soccer to dance to gymnastics. Madelyn loves school and treats her classmates with kindness and compassion.

On Christmas Eve 2014, Madelyn had an ear infection and fever that would not go away. She was admitted to St. Christopher’s in January 2015. She received multiple transfusions and underwent a bone marrow biopsy to test for leukemia. The test came back negative. A couple months pass and Maddy’s ear infection would not go away. The O’Malley’s take her back to the hospital for another biopsy which this time tested positive for leukemia. Madelyn has completed 2 years of chemotherapy and currently has no evidence of leukemia in her system.

Her family wishes for continued health and for Madelyn to accomplish all that she hopes and dreams.